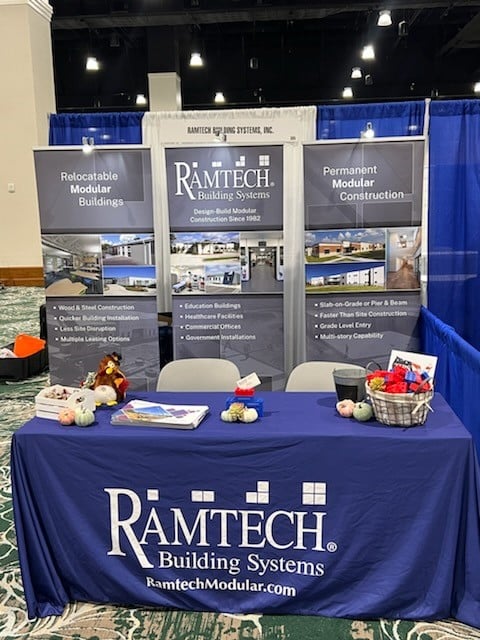 After a summer hiatus Ramtech is now fully back on the fall trade show and conference circuit with three shows in San Antonio. During the last week of September, Ramtech’s Business Development Specialists Sabrina Queen and Jade Pulfer first attended the txED TASA|TASB Convention, the largest public school trade show event in Texas. Ramtech promoted our current portable and traditional modular classroom products, along with our two approaches to permanent modular construction. Next up was the Texas Public Charter Schools Conference at the JW Marriott Hotel where we had the chance to interact with over 1,600 leaders and innovators from the growing public charter school market throughout Texas.

On October 5-7 Ramtech returned to the Henry B. Gonzalez Convention Center to exhibit at the 110th Annual Conference and Exhibition of the Texas Municipal League. Over 2,800 appointed and elected Texas city officials from across the State were in attendance including mayors, council members, city managers, department directors, and other municipal professionals who gathered to network, strategize, and explore educational opportunities. Ramtech was aided in all of these events with our new customizable corporate brochure that we just designed and produced specifically to aid in our modular construction promotional efforts at trade shows and with prospective customers across all of the markets we serve.