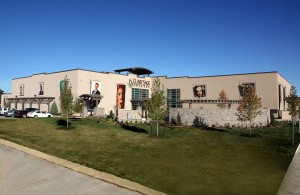 In fact, in the U.S. no single modular building manufacturer has been able to amass a dominant role in the commercial modular construction industry for the last 25 years, mostly because the types of structures can differ considerably from one region to another.  In addition, the specifications for a permanent modular building can vary from region to region.  For some areas, a floor system using steel floor framing with light weight concrete placed on a pier and beam foundation is the method of choice.  In other locations, the modular buildings are built without a floor system in the factory and are set directly on a traditional concrete slab foundation.  Even in those areas in which the modular construction approaches are similar, the cost of onsite labor will often dictate how much of the work is completed in the factory.  It is not unusual in the Northeast for a PMC project to be built to a 90% completion level at the factory, while in the South that same building may be constructed to between 50-70% in the factory and 30-50% onsite. In all cases, the architectural features, cost, quality, and speed must all be considered in making these decisions.

While there are a number of outstanding modular construction firms in each region of the United States, the evidence shows that the best companies are those that are vertically integrated and maintain a tight control over the design, manufacture, and site installation of each building they produce.  Under this scenario, an owner gets a close seat at the table with a design-build team that can formulate a compliant, valued engineered solution to meet the owner’s needs.  We believe that these vertically integrated companies are the ones best suited to take permanent modular construction to the next level in order to compete with other forms of onsite construction.

Linc Moss is President of Ramtech Building Systems, Inc.  He has been in the modular construction industry for 36 years, has twice been President of the Modular Building Institute, and has represented the commercial  modular building industry before Congress.

Storm Season is Here and Ramtech is Ready