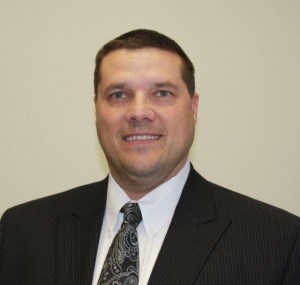 Ramtech has hired commercial MEP design veteran Robert Frick who will join the company’s engineering group as Mechanical, Electrical, Plumbing Design Manager. This marks Robert’s return to Ramtech after 18 years working as an MEP consultant including his most recent position as Vice President and Director of the Education Division for Image Engineering Group of Grapevine, Texas.

In his role at IEG, Robert directed multiple project teams and coordinated all aspects of MEP design including facility assessments, schematic design planning, design development, and construction documentation and administration. Robert rejoins Ramtech at a pivotal time for us as we continue to grow both our traditional permanent modular construction and Accelerated Building System (ABS) prefabricated building process. Robert brings a wealth of experience back to our engineering group, including a broad technical knowledge of sustainable MEP design which will help take us to the next level in developing larger and more sophisticated permanent modular construction projects.

In his new role, Robert will be responsible for working within the Ramtech design team to develop cutting edge, cost efficient MEP designs encompassing all of our education, healthcare, government, and commercial projects. Many remember Robert when he first started at Ramtech in 1988 then, after becoming our MEP designer, he left in 1995 to focus strictly on MEP consulting.  During this time he focused primarily on projects that centered on multifamily developments, municipal buildings, and education facilities.

While at IEG, Robert led the team that developed the mechanical design for the award-winning Lady Bird Johnson Middle School for the Irving Independent School District in Irving, Texas. When the 150,000 square foot campus was originally developed in 2011 it was the largest net zero public school project in the country. The building design utilized several innovative renewable energy strategies, including the proprietary design of a ground source geothermal heat pump heating and air-conditioning system, photovoltaic solar panels with converters, and wind turbines. Robert then took the concept of the geothermal heat pump system and developed it for use in retrofitting the HVAC systems now being used at school districts throughout the Southwest.  Robert is a Certified Geo-Exchange Designer, a LEED AP BD&C accredited professional, and a member of the US Green Building Council, the Association of Energy Engineers, and the Council of Educational Facility Planners.

Modular Buildings and Federal Grants – Working Together with FQHC’s