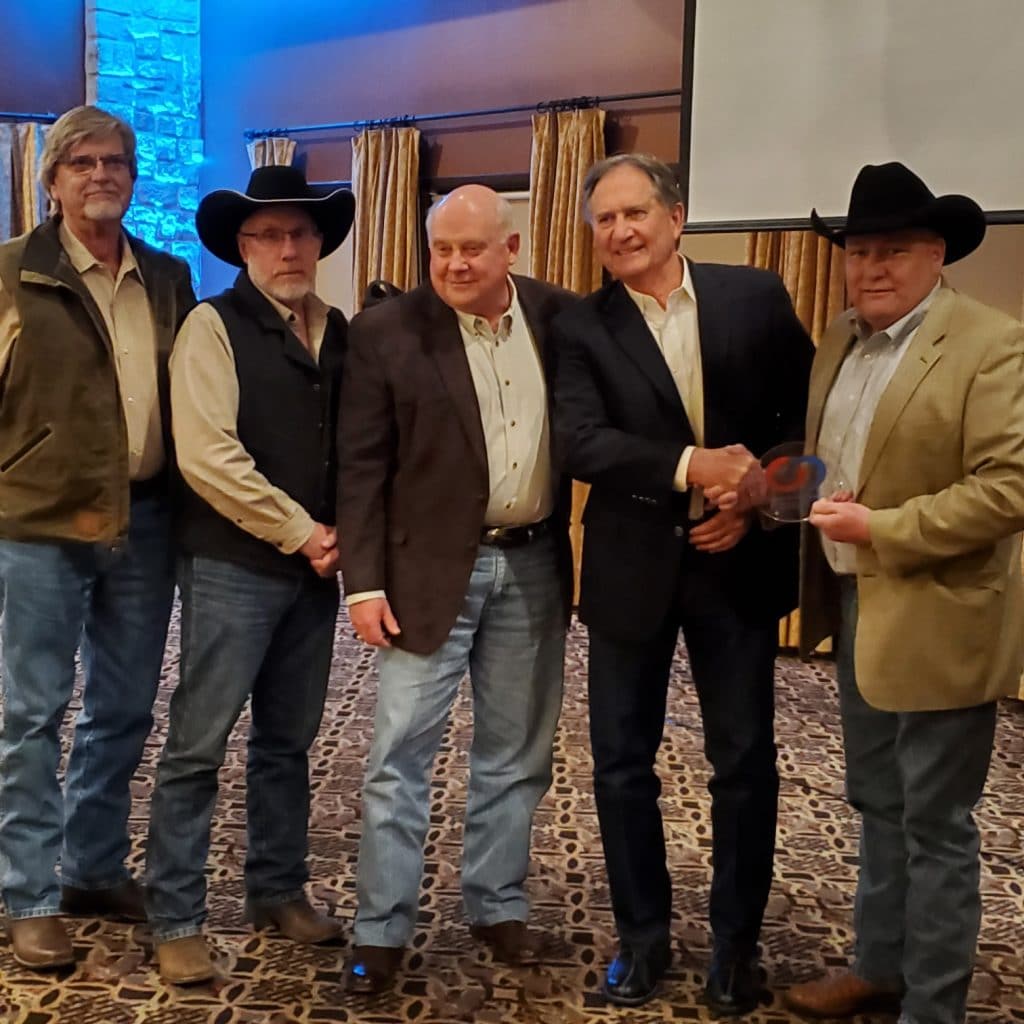 On Friday night The Mansfield Area Chamber of Commerce held their 50th Annual Chamber Business Awards show. Ramtech was honored to receive the Outstanding Large Business of the Year award for the first time. One of five Mansfield-based (TX) companies to be nominated, Ramtech received the most votes in an online poll of the public at large held in November and December of last year.

Given out annually, all of the Mansfield Chamber awards were presented in an Academy Awards style format held at the local Walnut Creek Country Club in Mansfield. These included awards for Outstanding Large and Small Business, Community Service, New Member of the Year, and the Edison Award for Innovation. The dress and atmosphere was ‘cowboy casual’ with the night’s theme and fund-raising items based on the popular hit television show “Yellowstone”.

Ramtech would like to extend our sincere appreciation to everyone that participated in the voting, and also to the Mansfield Chamber for hosting such a fantastic evening for everyone in attendance. As a longtime member working and serving in Mansfield, we are humbled at the support extended to us by the community as we begin our 40th year of operations in the area.