Modular Construction: Its Role in Expanding Our Military Bases 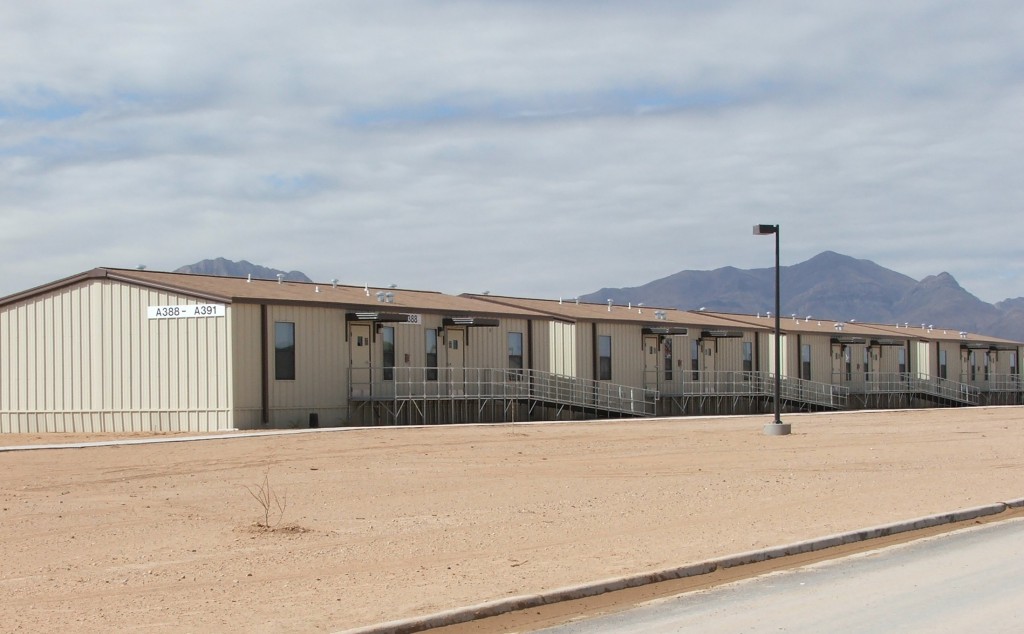 Just how important has modular construction been to the Department of Defense’s plan to expand their military bases? Well, if you examine the work that just one modular company has done at just one military base, you may be astounded.

When Ramtech Building Systems was first asked to participate in the Army’s Modularity Realignment Program, Gary White, Vice President of Sales, knew that this would be a great opportunity to display Ramtech’s traditional modular building system. At the time he did not know that over $6 billion was budgeted to be spent at Fort Bliss alone.

In 2007, Ramtech was awarded an Indefinite Delivery, Indefinite Quantity (IDIQ) contract that allowed the Corps of Engineers to award up to $125 million in design-build contracts to Ramtech over a three year period. Between 2007 and 2010, Ramtech designed and constructed three significant buildings at Fort Bliss.

The third task order, while the smallest of the three, was the most challenging as it provided for the design and construction of a 14,728 square foot Directorate of Information Management building and the renovation of an adjacent facility. The building replaced the original base data center and included five offices, a server room, network operations center, and electrical and mechanical rooms. This mission-critical facility supports Bliss’ total IT infrastructure as well as SIPRNET requirements. The server room has raised flooring and can accommodate 79 liquid cooled Dell servers.

Ramtech’s construction at Fort Bliss over a five year period amounted to over 650,000 square feet of temporary and permanent modular buildings.  All the buildings utilized Ramtech’s traditional modular or Accelerated Building System, and all met UFC and ATFP codes and were designed and constructed to last 40+ years.