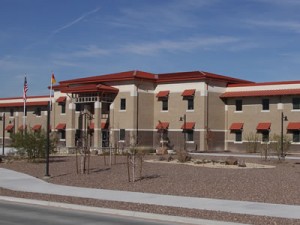 For years we have heard how advanced the commercial modular industry was in the UK and Europe when compared to the U.S.  Sophisticated, high profile permanent modular projects on the other side of the pond seemed to be well publicized and ingrained in the public mindset, while here most people think of most modular construction in the same vein as mobile homes.  But it appears that the vision in the UK may not be that much different than ours. 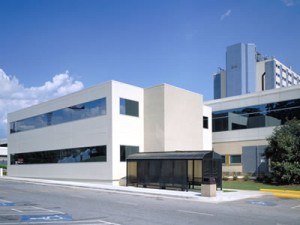 Unless an architect, potential owner, or large general contractor views the rapid installation of a permanent modular building, they do not know it is modular.  High profile design-build construction projects like the 99,500 sf Brigade Headquarters Building and the 14,500 sf Military Police Facility at Fort Bliss, the clinic addition to the VA Hospital in Atlanta, or the expansion of 37 elementary school campuses for Arlington ISD in just 15 months would never be thought of as modular  (see adjacent pictures).  In most cases those that now occupy the buildings do not know they are modular.

Not all permanent modular projects are alike.  In the northeast portion of the country where the cost of site construction is driven by high onsite prevailing labor rates, modular manufacturers attempt to complete as much of the work in the manufacturing plant as is possible.  Ideally all exterior finishes and interior wall, ceiling, and floor finishes are completed along with most of the mechanical, electrical, and plumbing systems.  Onsite work typically includes pier and beam foundations, installation of the modules, and finish-out at mate lines. 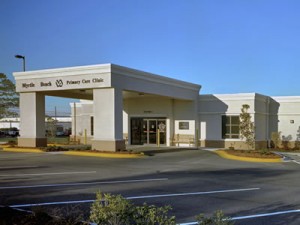 While in the southwest the cost of onsite construction is much less.  Onsite prevailing wages are significantly less, therefore every permanent facility is evaluated as to what scopes of work should be completed in the plant vs. what should be completed onsite.  Cost, speed, quality, and safety are considered.  Ramtech Building Systems located in Mansfield, Texas has a proprietary permanent modular building system called the Accelerated Building System.  In Ramtech’s manufacturing plant all the structural framing including walls and roofs are completed, as well as most wall sheathing, electrical, hvac, and some plumbing.  The modular sections do not have modular floor assemblies.  Instead the modules are shipped to the site and crane set onto a concrete slab foundation where the interior and exterior finishes, as well as the mechanical, electrical, and plumbing scopes are then completed.  This approach combines the best of onsite and offsite construction.  It is faster and less expensive when compared to onsite construction while the quality and safety issues are superior.  Ramtech is a vertically integrated company that self performs all design, manufacturing, and erection of the modular sections.

The construction world is discovering the benefits of permanent modular construction, but clearly there is still a long way to go.

A Hospital Turns to Ramtech for Permanent Modular Construction