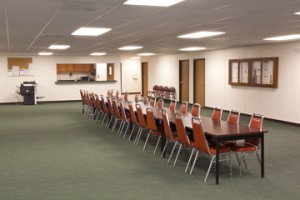 Texas is ranked second in population growth in the United States which is putting significant stress on many municipalities.  While large cities like Houston, San Antonio, and the Dallas-Fort Worth area have grown significantly, many of the smaller cities and counties have also shown considerable growth.  In both of these urban and rural areas Ramtech has been a significant contributor for over 30 years in helping to facilitate their growth by providing both relocatable and permanent modular buildings.

One such case is the city of Arlington, TX which was faced with reorganizing their wa­ter department to meet the city’s growing demand for services. They needed a quick solution in order to relocate some of their administrative and engineer­ing personnel from a different location to the Water District’s sprawling main compound. The solution was to place a six unit modu­lar building complex designed for an adjacent equipment yard area. The facility provides four private offices, engineering space, two conference rooms, and a busi­ness office with dispatch area. The 4,200 square foot building features a simulated stucco elas­tomeric paint finish, four five-ton wall-mounted HVAC units, and ADA compliant metal step and ramp assemblies.

The City of San Antonio has been one of the fastest growing metropolitan areas in the United States.  Ramtech recently provided two buildings totaling 6,270 square feet that were installed adjacent to each other at one of the City’s sprawling maintenance facilities.  The identical facilities are used as administrative office and assembly areas by both the Public Works and Solid Waste departments.  Ramtech also provided a 2,860 square foot instructional classroom and administrative office for the City’s fire department training academy.  While all of the buildings utilized steel roofs and siding, each was designed with special attention to the required acoustical properties necessary to address ambient yard noise inherent with the heavy truck traffic at each location.

When Hidalgo County, Texas began the planning process for the renovation and remodeling of their historic municipal courthouse, they chose to contract with Ramtech to build two modular buildings totaling 13,200 square feet to use in the interim.  The facilities provide for five courtrooms with judge’s chambers, jury rooms, attorney-client conference rooms, and administrative support space.  In order for the buildings to meet the desired architectural and masonry requirements, a cementitious panel siding was used together with a synthetic stucco finish to provide the look and feel of a permanent structure.

When the city of Anna in North-Central Texas needed a new annex building, Ramtech was there to provide the necessary permanent modular construction for a facility that is used as the City’s council chamber, municipal courtroom, and administrative office.  The building has a brick exterior, metal fascia, and a full-width entry assembly and porch.

Each of these projects are examples of Ramtech’s ability to provide local governments and municipalities with relocatable and permanent modular buildings that are developed and built faster, and less expensive, than ordinary site construction.  And, in many cases the purchase or lease of the buildings can be expedited by working through the relationships that Ramtech has built with several state approved purchasing cooperatives.

Trends toward Sustainable Construction & the IgCC